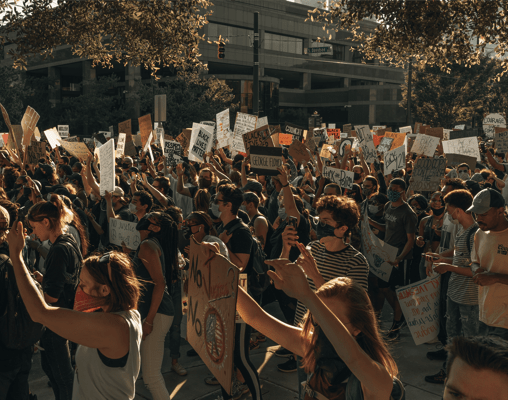 Over the course of only a few weeks, there have been at least 50 vehicle ramming attacks in the U.S.   This method of using a vehicle be it a car, truck or tractor to inflict death and injury on pedestrians is not new. There have been dozens of vehicle attacks across the globe, from Berlin to Barcelona, from Tokyo to Tajikistan over just the last decade. But this recent, drastic increase in numbers is troubling.

Given that the motive of these ramming attacks is to frighten and inhibit people from protesting and to change public behavior through violence, the perpetrators are clearly terrorists.

Not all these terror attacks are spur of the moment; investigators have discovered that many have been planned well in advance and that there are online networks instigating such attacks.  Many have been deliberate although they may appear spur of the moment.  But whether planned or impromptu, the situation is deadly and the threat extremely viable.

Clearly, not all gatherings that have been occurring were organized in conjunction with a municipality where some degree of security design could be prepared.  Not every protest group took out a City permit.  But given that the protests and violence are becoming more and more prevalent, attention to security in the planning stages is needed.

Protection against ramming attacks cannot be perfect.  Security is never perfect.  But the first countermeasure is to realize that this Method of Operation and threat exist, and that security personnel need to keep it foremost in mind, be aware.

Chameleon conducted a Threat, Risk and Vulnerability assessment for a prominent church which is located at the center of a large grassy park.  The church community liked the open atmosphere that the setting it offered.  But the problem was that it also offered the perfect setting for a ramming MO.  The solution was to simply plant trees around the perimeter and at various locations on the lawn that would make it much more difficult for a driver to plow into people.

Another Chameleon client was constructing a new religious campus.  They made sure that the design had the building seated at the highest elevation on the site.  That configuration with the secured environment sitting above the rest of the campus made for better security.  If a gathering venue by any chance includes an area that is elevated, for security purposes that would be the best center for activity.

A second, critical counter measure is to extend the security rings outward as far as possible.  In the case of a parade or moving protest, this is trickier than in the case of a static gathering.  In any case, the idea is to push the threat as far away from the target as possible, placing obstacles between the two to create time and distance.  A first ring might be the installation of bollards and barriers along the route or congregation area.  Parked cars, trucks and heavy equipment can also be a barrier between a would be rammer and pedestrians.  A second ring might involve restricting vehicular traffic so that routes around and towards the target are closed or access controlled.  A third ring could be conducting patrols in the neighboring areas to detect suspicious activity related to this MO.

In 2009, the Dutch royal family was the target of a car ramming attack on their open air bus during a Queen’s Day parade in Apeldoorn, Netherlands.  The driver drove through two police barricades at very high speed and although he missed the royal bus and slammed into a monument, many bystanders were killed and injured.  One of the security flaws in this instance was not blocking his route towards the target in a way that would have prevented him from accelerating to speed.  That would have constituted another outer security ring.

It’s tempting to focus on the internal rings, closest to the target.  But effective security is about the big picture.  It looks like car ramming threats are in our picture for the foreseeable future and it would be foolish not to prepare for this MO as best we can.

Lessons from the Christmas Market

No Such Term as Active Shooter