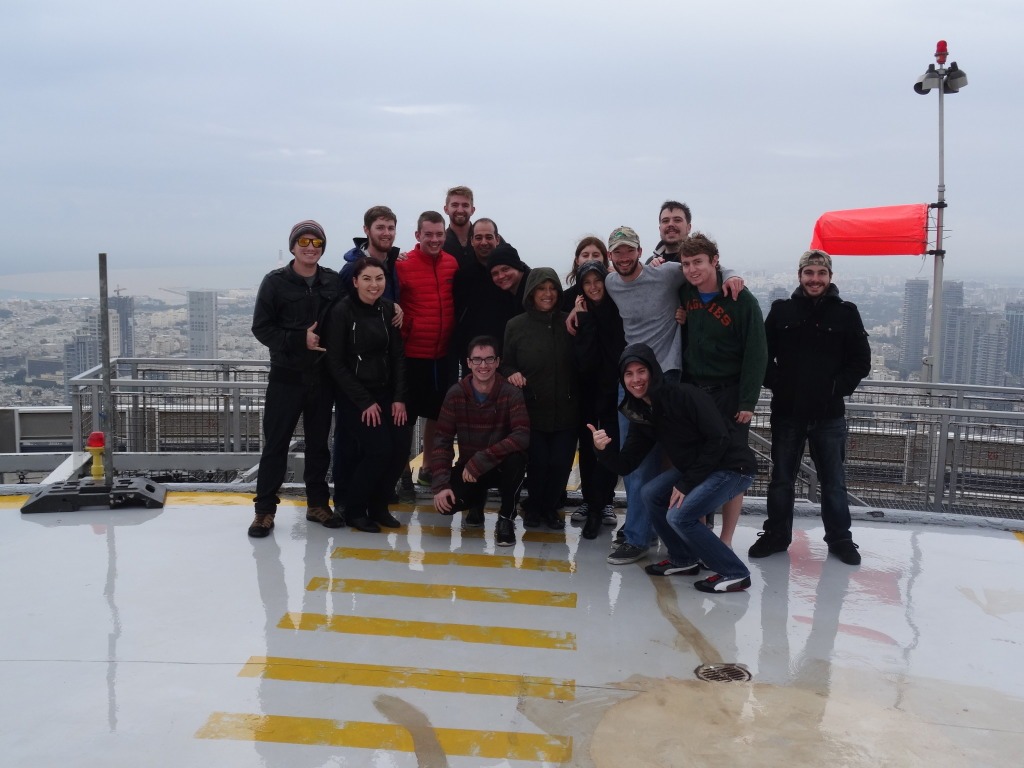 Our programs enrich a student’s academic experience and enhance their educational, career and life goals. They are geared towards closing the knowledge gap between what students hear in classrooms and read in texts versus what they can see and experience for themselves, on the ground.

Who Should Attend?   Students in any of the following academic programs:


One designated college instructor or representative will receive free seminar registration for groups larger than 15 students.  Contact us for more information about this offer.

Airfare and flight booking is the responsibility of the students, instructors and/or college.

The instructors for this course bring decades-long Israeli experience in security operations, counter-terrorism, intelligence methods, Krav Maga, tactical response and security management.  Many are former special unit officers of the Israel Defense Forces and other Israeli security and intelligence agencies.

Presentation lead by Amotz Brandes This training module will provide students with an overview and background to the Israeli Security Model. This presentation aims to provide a methodological context for the students with regards to information they will absorb during the course and site visits. The presentation will discuss key issues that make the Israeli Security Model unique in the world to include but not be limited to: a human-centric security model, down-up decision making structure, a proactive culture and stance, a clear separation of duties between intelligence law enforcement and security, the use of Predictive Profiling and threat assessment, threat-oriented and not risk-oriented security. 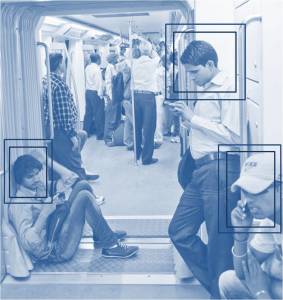 Presentation lead by Amotz Brandes This is an introductory presentation that outlines for the students the fundamental elements of threat oriented security. The student will address such concept is human based security system, Predictive Profiling, Security Questioning, Bottom-up Security System and more.

14:00– 17:00 The “Arab Spring” and its Impact on the World – International and Domestic Security Threats
Presentation lead by Brig. General (Ret) Shalom Harari

International and Domestic Security Threats. Brig Gen (ret) Shalom Harari will give an overview of the geopolitics of the Middle East in the context of the “Arab Spring” and its impact on the world. He will emphasize the religious, ideological and political forces that fight for influence, territory and power in the Arab and Muslim world. Students will discuss to what extent these and other factors are important in their home countries and, how they differ.

08:30 – 10:00 The City of Ashkelon – Civilian Preparedness and Response to Terrorism

Ashkelon, a growing city of 120,000 people is a target of frequent missile attacks from the Gaza strip, only 13km away. Students will meet with city officials to discuss how the community prepares and reacts to that constant threat. The city’s emergency and security managers will discuss the challenges of maintaining normal municipal services while operating under a severe emergency situation and will describe the relationships between the City, Army, Police and other government agencies before, during and after a terrorist attack. At the end of the presentation, the students will travel to a nearby viewpoint over the Gaza Strip where they will be briefed about border security challenges in this area.

The group will view the security, military and intelligence arrangements along the Gaza Border. The presenter will discuss the capabilities of Hamas and other terrorist organizations in Gaza and will point out the military and civilian challenges of both the Palestinian and the Israeli populations there. The group will learn about the recent military campaigns lead by the IDF again the Hamas in Gaza.

Students will get an overview presentation of the function and capabilities of IMI Academy and the role it plays in training security professionals for a variety of governmental, non-profit and private organizations in Israel. Students will get a tour of the IMI Academy facilities including armory, classrooms and observing IMI students in the shooting ranges and Krav Maga training rooms.

The strength and effectiveness of the Israeli Security model lies predominantly on its people – the security officers and lead instructors from the IMI Academy will describe the conditioning and training that tactical security officers are required to go through. They will discuss terrorist incidents in Israel and around the world in which Israeli security officers had to deal with extremely complex situations decisively and aggressively. 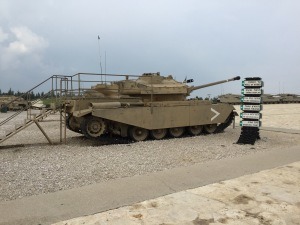 The Latrun Armored Division Base and Memorial

The group will be hosted at the Latrun base where they will be shown an exhibit of weaponry captured by Israeli forces in its fight with terrorist organizations and neighboring enemies.

Israeli forces in its fight with terrorist organizations. Brigadier General (Ret) Shalom Harari will give a presentation on the intelligence apparatus of Israel including the Mossad, Amman and Shin Bet. He will discuss the challenges facing the Israeli intelligence community in Israel, the Middle East and around the world. 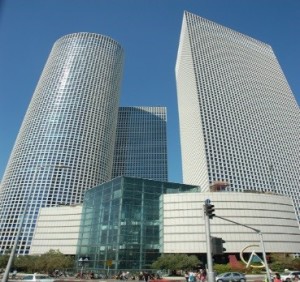 The Azrieli Mall is a complex of skyscrapers in Tel Aviv. At its base lies one of the largest shopping malls in Israel. It is connected to the Hashalom train station and is located next to Israel’s busiest freeways. Maintaining security for such a complex is a massive effort that requires proactive procedures, trained security personnel and effective use of security technology. The students will be hosted by the Mall Security Department who will present and showcase the security concept and operations at the Center.

The most useful, effective, deterring and inexpensive weapon against criminals and terrorists is the ability to ask a good question. For years, security has invested billions of

dollars into hardware, weapons, technology and manpower. Armed security officers are required to undergo training for handling a gun and in shooting. Many of those officers go through numerous weeks of training to hone their tactical skills. But how many officers are trained to effectively use the one weapon readily available and that affords the most powerful impact in terms of protection? … a good question!

19:30 Evening Tour to the Old City of Jaffa (Optional)

Jaffa is the oldest and perhaps most famous of the ports along the Israel’s coast. From Jaffa port, the Bible records that the prophet Jonah set sail for Tarshish. Some claim that Jaffa was named after Japheth, one of the three sons of Noah, who built it after the Great Flood. A Hebrew etymology indicates that the city is called Jaffa because of its beauty (yofi in Hebrew).

11:30 – 13:00 Keeping Border Security in an Unstable and Volatile Environment – The Golan Heights

Attendees will visit Israel’s borders with Syria briefed on the volatile situation across the border. Students will see firsthand (and from a safe distance) the influence of the “Arab Spring” on the forces and power struggle in Syria. A historical overview will be given on the wars fought in that region and the political impact it still has on world affairs.

13:30 – 14:30 Lunch in a Druze Village “Majdal Shams” on the Golan Heights – the Challenges of Allegiances
Students will be introduced to the Druze culture, traditions and the unique an

d difficult position of the Druze whose people are spread across three countries at war with each other. The students will learn about the conflicts of allegiance between ethnicity, religion, country and family that the Druze are challenged with daily.

15:00 – 17:00  The Lebanese Border
The students will visit the town of Metula, the most Northern town in Israel, where 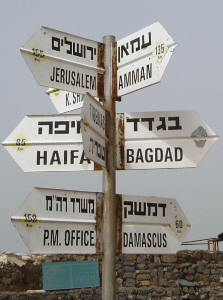 students will see the day-to-day reality of living so close to threats posed by Hezbollah. Security officers from the town will describe the current situation on the border and in Southern Lebanon and will discuss the working collaboration between the IDF, civilian intelligence, law enforcement agencies and the local population.

Government facilities serve as symbols of a country

and its values, thus presenting very attractive targets to terrorists.  In Israel, the Knesset is a very powerful symbol of the democratic State of Israel.  The Knesset Guard is the security force in charge of protecting the Knesset and its elected members.  Students will learn about the politically diverse composition of Knesset members that complicates security arrangements, strategies to facilitate citizen access to the Knesset and its members, and threat assessment and security approach from the Knesset Guard Sergeant-at-Arms.

10:30 – 13:30 The Geopolitical perspective of the Israeli-Palestinian Conflict

The students will tour along the ‘Israeli Security Wall’ that was erected between 2003 and 2005. The presenter will discuss the delicate balance of security, territory and religion that is so difficult to maintain around Jerusalem and in Judea and Samaria. The tour will include visits to many contested sites such as Rachel’s Tomb, the Church of the Katizma, the 1967 border line, border checkpoints along the security fence and much more.

A site visit of the Via Dolorosa, The Church of the Holy Sepulcher, the Old Market and the Jewish Quarter.

We complete the seminar with a farewell dinner.  Students will be asked to share their lessons learned from the seminar. A certificate of completion will be distributed to students.