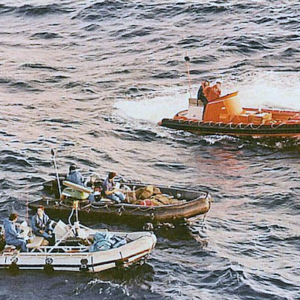 Tales of crazy covert spy operations make great memoirs.  Ex-Mossad agent Gad Shimron tells such a story about Operation Brothers, a mission that took place in the 1980s to extricate starving Ethiopian Jews from Sudan, a Muslim state.  Hollywood has jumped on the bandwagon; a movie based on the operation and starring Chris Evans will be released later this year: Red Sea Diving Resort.

Looking for a mission cover, the Mossad leased a vacant resort located on a remote beach on the Red Sea.  After extensive renovations, it became a legitimate luxury tourist destination named Arous village.  The staff was local and unaware that the Caucasian management and owners were not Swiss entrepreneurs but actually Israeli agents working to move Ethiopian refugees to safety in Israel.

The refugees were initially moved by Israeli Navy Special Forces who would come ashore on Zodiac dinghies and transport them to a naval vessel waiting off shore.  Later, when that method proved too dangerous, refugees were transported along perilous land routes by truck and by aircraft landing and departing not on airfields but empty sandy tracts in the middle of nowhere.

As is the way with such missions, its success hinged not only on deception and bribery but creativity and flexibility.  Having a solid mission cover helped.  Resort clients included Egyptian and British soldiers, foreign diplomats and Sudanese officials all of whom presumably enjoyed a lovely holiday. 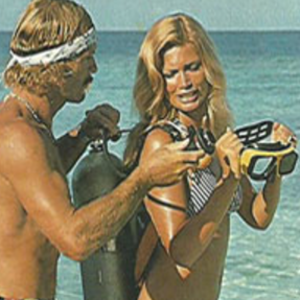 Mr. Shimron jokes that the Mossad introduced windsurfing to Sudan, a happy byproduct of an elaborate and successful humanitarian mission. To read a detailed account, link here:  http://clubofmozambique.com/news/mossad-spies-ran-fake-diving-resort-in-sudan/