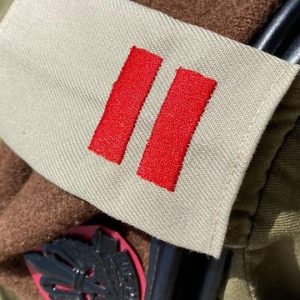 A new ‘Red Unit’ is being created by the Israeli Defense Forces (IDF) to specifically help in its fight against terrorist groups like Hamas and Hezbollah.  Terrorists and insurgents differ in many ways from traditional military.  They operate in densely populated areas and engage in asymmetrical warfare.  Terrorists target civilians; for them, the regular rules of engagement do not apply.

Folks are familiar with

in the form of penetration testing, which is perhaps one of its more common uses, especially for securing against cyber-attacks.  But red teaming is a very effective way to practice, train and prepare using simulated scenarios against a wide range of threats.  Many a military commander has used this tool going back to the Prussian Army in the late 19th century.  A red team approach is used extensively in Israeli security, for example for securing its aviation sector.  The Israeli Air Force has long conducted training using red and blue teams fighting against each other.  Other IDF military units also do exercises where soldiers take on the role of a blue or red team.  But this new Red Unit is dedicated.  Red teaming will be its singular mission and function.

To that end, the Red Unit members will learn enemy tactics, study former battles conducted with Hezbollah and Hamas, the weapons these groups use, their patterns of defense and attack.  Red Unit soldiers will be up to date on the latest intelligence concerning these terrorist groups and equipped with personal weapons and anti-aircraft weapons similar to those used in Gaza and southern Lebanon.  This includes mortar shells, camouflage devices and drones.  The unit will simulate the terrorists’ fighting methods under different conditions to include tunneling, both open and closed environments and in densely populated areas.

Over the past decades, the IDF has tried various ways to perform red team exercises including hiring civilians to disguise themselves and behave like the enemy.  Some of that civilian effort is expected to continue in tandem with the Red Unit.

The new unit is relatively small, comprised of 100 soldiers.  Interestingly, a majority of the unit are female.  Currently, most military instructors not only for weapons and in the classroom but also for combatant training in the field are women.  Although women are conscripted into the IDF, they are not allowed in combat roles or into elite units for which they cannot meet rigorous physical standards.

The Red Unit will be expected to prepare to battle in a variety of scenarios against ‘blue forces’ from a range of IDF infantry brigades. These scenarios include ambushes, attempts to take captives, shooting, deception, attacks and flanking.  The Red Unit will provide realistic and difficult challenges to the blue teams against which they are pitted.

An initial drill was conducted at an army training center.  The blue team was comprised of officers from combat units.  That test drill concluded there was no reason that the women soldiers should not proceed and that there is every expectation that the Red Unit will provide solid value.  The Red Unit and blue teams will conduct exercises using two-way shooting based on laser technology and also using simulated rounds.  Cutting edge technology will be used to evaluate and assess the training to its best advantage.  The IDF leadership intends that the exercises will not simply end in a draw or a victory but rather that the new Red Unit will allow robust and in-depth analysis of events to understand what might have gone wrong and how to improve. It is all about lessons learned.

The new Red Unit is expected to be operational around November of this year when it will conduct an exercise against a yet to be chosen IDF unit.