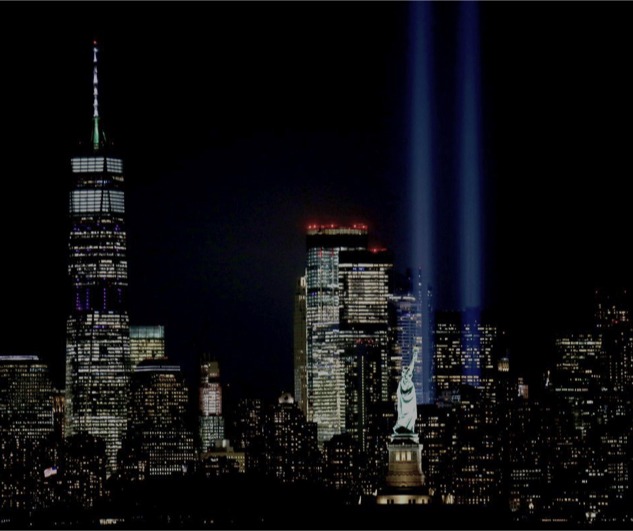 My daughter’s class is studying 9/11, so at the dinner table it was naturally the prime subject for discussion. I asked what the teacher had said about 9/11 and my daughter told us that they learned that it was a tragic “bittersweet” event. I thought I had misheard. Bittersweet?? Because it brought the country together, she explained. I was stunned to learn that this is what’s being taught today. So I wondered, is the attack on Pearl Harbor on December 7, 1941 being described in classrooms as a “bittersweet” event that pulled Americans together?

“Well, what did the teacher say about why 9/11 happened, or who planned and executed the attack?” I asked. “Oh, we didn’t get in to that,” my daughter replied.

How can a discussion of 9/11 not include delving into the motivation which was fueled by a hatred of the West and the U.S. in particular? How can you teach kids about 9/11 and not bring up Al Qaida or the existence of Islamic terrorist groups?

Have we gotten to the point where our teachers are afraid of open discussion – afraid of retaliation from parents who get offended, afraid for the politics that could cost them their job, afraid of debate which sometimes involves examination of the worst of human behavior? Maybe the teacher was reluctant to use the phrase ‘islamic terrorist’ for fear of insulting Islam. God knows what these educators are thinking. Since when is conveying the basic facts of a milestone event in our history a problem? What’s next, not describing the reign of Nazis in Germany for fear of insulting people of German descent?

If the teacher’s goal is to mitigate divisiveness and promote a healthy society, then there is a tragic misconception at work here. Supporting a society where people get along with one another does not require that everyone agree. Disagreement is in fact healthy. Debate is healthy. Take the Greeks – the Socratic method is based on asking and answering questions to stimulate critical thinking and draw out ideas and underlying assumptions. Hearing all sides of an issue supported by facts, questioning others and one’s own stance – this is how we form beliefs. Besides which, debate and the Socratic method is one of the best ways to learn. It pushes a student to support their arguments with facts, understand the counter argument and dig deep.

My daughter’s teacher told the class about the fall of the WTC twin towers. She failed to mention the attacks on the Pentagon, or UA Flight 93 that crashed into a Pennsylvania field. Tippy toeing around a subject so important to our recent history, events that continue to have implications for us today least of which is the political and military role of the U.S. in the world and in the Middle East, is a disservice to the students. There were so many good questions that could have been raised and debated about the who, what and why of 9/11, and the impact of that attack vis-a-vis at the very least, the wars that followed.

My daughter had a homework assignment. It was to interview someone who was around for 9/11 and ask: What were you doing when you heard the news and how did you feel about it, and did it change you? While I surely don’t object to getting a personal view, and obviously 9/11 was an emotionally charged event, could the questions be any more superficial? My daughter is in Middle School and is emotionally and intellectually able to understand so much more than was on offer in this lesson. The lesson was imposing limits and at the same time, the kids were not asking better questions. Since when have we become so afraid of the facts and so misguided about what our children are capable of digesting? Schools are a mirror to our society, responsible for shaping tomorrow’s leaders. If the 9/11 lesson plan is any example, it bodes badly.

Over dessert, I explained the facts of 9/11, how it was accomplished, who the terrorists were. I also explained what terrorism is in its many forms and pointed out that there are Christian terrorists, Jewish terrorists, Muslim terrorists and even Buddhist terrorists in Burma attacking Muslims.

The world’s nations, cultures and people are complex and contradictory. Life is not black and white but rather a thousand shades of gray. And these nuances color context. Nowadays it seems context is ignored. Context is too messy. What’s worse, we are altering history to serve our agenda, ignoring facts to avoid controversy, sugar coating events in the name of protecting our children and keeping them ‘safe’ – when in fact this approach will have the very opposite effect. We need to find the courage to teach all the facts and encourage (respectful) questioning and debates and disagreement in the classroom and in our communities. If not, future generations will lack the insights and intellectual skills to navigate a tough world.

Freedom of speech is not just a piece of legislation. It is a goal to which society should constantly strive and nurture starting in our kids’ classrooms and at our family dinner tables. With healthy debate, future generations may find it less tempting to yell empty slogans, tweet nonsense or even resort to violence. They will prefer dialogues over monologues. They will learn to learn, to dive into every subject and study it from multiple points of view.

On September 11, 2001, Al-Qaeda terrorists killed thousands of innocent people and toppled iconic buildings. But their main motivation was to attack Western ideals of openness, freedom of expression and individualism that in their minds threatened their superior religion and way of life.  These basic ideals on which our society stands can only be preserved if we maintain the courage to teach our children and ourselves to ask uncomfortable questions.