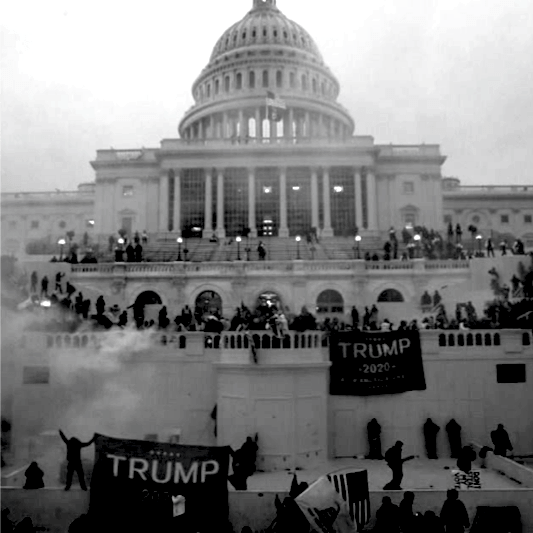 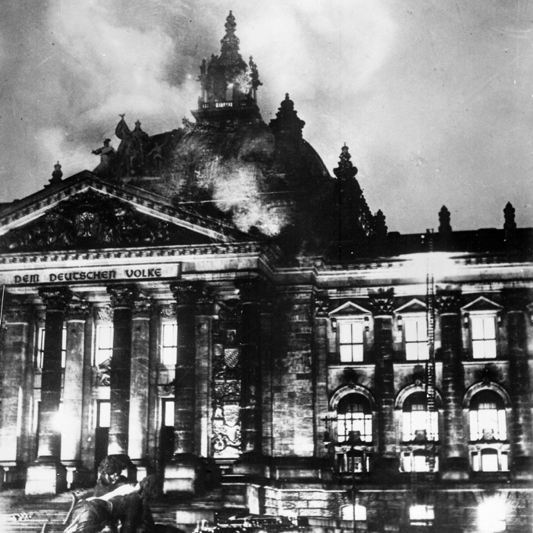 The burning of the German Parliament in 1933

This is what the Sergeant at Arms of the Israeli Parliament (“the Knesset”) said to our group during a security seminar in Israel, a few years ago.

Surprise is what the various agencies responsible for securing the Capitol have claimed.  Clearly, some folks were taken off guard.  But given the amount of intelligence and warnings, how can that be true?  What’s more, the Capitol is a common destination for large demonstrations, parades, events and marches.  The security forces have the resources and experience -this was not their first rodeo.

Over just this last year, Capitol protective forces deployed at Black Lives Matters demonstrations in significant numbers. The Secret Service went all out protecting the White House with reinforced fencing and more. Resources were not spared, and measures were taken to defend against perceived potential threats.

An attack on the US Capitol was possible and predictable.  In the months since the November election, there has been a constant flow of news, tweets and posts focused on the polarized factions. Intelligence from multiple US agencies pointed to violence breaking out around the key political dates: the electoral college vote certification and the presidential inauguration. The writing was on the wall.

What’s more, although the attack on the Capitol in Washington DC is an event without precedent, it’s not as if legislative bodies have not been attacked in various countries and even in certain US states, in the past.  With a little historic perspective, the MO is clearly a viable one. There were the events of 1812 (although admittedly those were rather different circumstances). In 1933, the Bundestag was set ablaze - the communists blamed the nazis; the nazis said the communists did it pointing the finger at Marinus van der Lubbe who although executed in ’34, was posthumously pardoned in 2008 given evidence showing he could not have done it. In 1898, a mob of white supremacists staged a coup against the democratically elected, biracial government in Wilmington, North Carolina.

So why was the intelligence either not fully analyzed or why was it ignored and in any event, why were not appropriate defensive measures taken?  What explains the lack of action?

Most intelligence and security failures happen because of a miscalculated risk or threat assessment. A cognitive dissonance between what you are told and perceive versus what you believe, or don’t believe, could happen.

It would seem that law enforcement and security leaders were acting on a belief that a breach of the Capitol could simply not take place, that it was a line that would not be crossed, it was inconceivable. Whereas the BLM protestors could be construed as a ‘mob’, these folks were Blue Lives Matters people - surely they could not turn on and attack police officers?

What security leadership failed to imagine was that when the blue lives were there to protect the vote of an election the protestors believe fraudulent, all bets were off. Agenda trumped ideology and warped their version of patriotism.

It was reported that some leaders rejected the need for bolstering security because of the ‘optics,’ the B side of the political correctness album. Added security would not look good. It would send a message that people are not welcome and that access to the democratic process was being suppressed. Further, a show of strength would be an admission that the opposition was likewise strong.

What’s a worse optic - barbed wire around the Capitol building or guns drawn inside the Congressional Chambers?

Whether security is unprepared because of perceived optics or, because it doesn't believe the intelligence it’s getting, in both cases there is cognitive dissonance at play - which translates to an inability to predict and imagine the consequences of failure.

In 2014, the Canadian Parliament in Ottawa was attacked by a lone ISIS terrorist. Terrance Gainer, the former Senate Sergeant of Arms was interviewed by C-Span about lessons learned from that and other attacks. In that interview, Gainer talks about extending security perimeter outward, focusing on prevention to avoid violent response and about coordination with other federal agencies.

Security agencies understand what needs to be done and yet, on January 6th, the Capitol Police failed in its mission to protect using known measure: the extended perimeter was weak, security measures were insufficient to prevent a foreseeable scenario and other federal agencies were not there to assist.  Such a systematic security failure can only be attributed to cognitive dissonance.

Failures are hard on everybody, but they are especially hard for security officers. An officer or agency can spend decades successfully protecting something or someone and then ultimately be judged by one single failure.  Obviously, the Capitol Police was caught with their pants down. Rather than waste time on the blame game or overreact with disproportionate security measures, let’s just take the lessons learned to heart and make sure something like this never happens again.

A failure of imagination is bound to result in a failure of security. That’s where the vulnerabilities lie. When certain possibilities are unfathomable, then one cannot clearly see the threat(s) nor accurately understand intelligence. The ability to imagine possible scenarios in the future is the essence of being predictive and essential to having effective, proactive security.