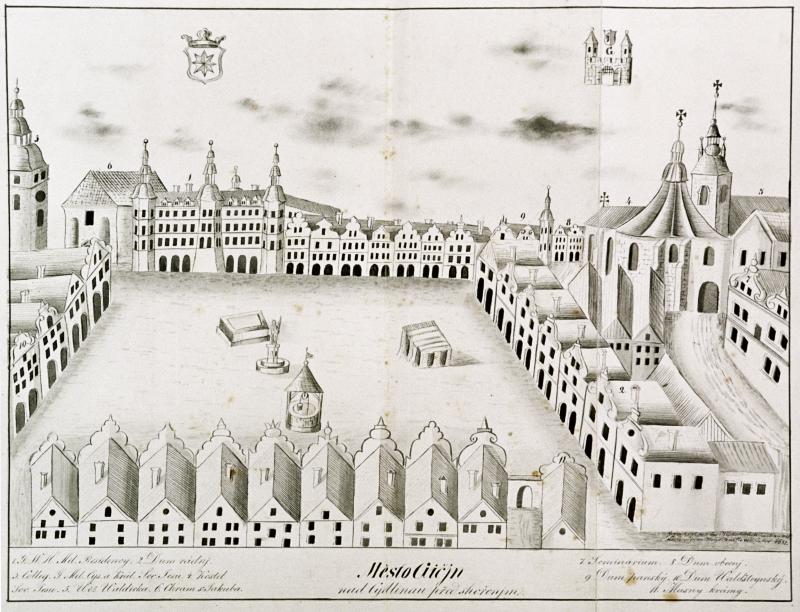 It may seem that suicide bombers are an artifact of our modern age, a product of a world that has become more violent over the last century.  While there is plenty of room to dispute whether violence is on the rise or descending, you may not be aware of the story of the first suicide bomber about whom we have an historical record.

Bohemia was part of the Holy Roman Empire in what is now the Czech Republic.  Centrally located, it was a rich and powerful arena.  The daughter of a nobleman of one of the richest aristocratic families of Bohemia, Elisabeth Smirice was born in 1590.  Legend has it that Elisabeth was alas no great beauty and had no suitors for her hand.  She apparently had an affair with one of her subjects, the Castle blacksmith.  When the scandal was brought to light, the man landed in prison for 12 years.  Elisabeth was banished from the family’s castle and put under what amounted to house arrest (albeit in another of the family’s castles).

Eleven years later in 1619, she was released into the hands of Otto von Wartenberg whom she married, moving into Jicin Castle, some 60 miles from Prague.  But her woes were only beginning.  When her last surviving/competent brother died, Elisabeth was entitled to a large portion of the family fortune.  Her sister Margareta had other ideas, however, and had made a successful grab for all of it.  Things went from bad to worse when King Friedrich denied Elisabeth’s petition and instead had her husband jailed.  A Royal Commission and a contingent of solders were sent to Jicin Castle to deal with Elisabeth and inventory assets, allegedly as part of an attempt for a resolution with her sister.  Elisabeth demanded and at the stables was denied a horse (ostensibly with a mind to escape).

That was the last straw.  She returned to her living quarters, and that evening lured the group of soldiers down to the cellar vaults where gunpowder was stored.  It’s said that she took a torch to the barrels resulting in an explosion that shook the entire town.  Forty one people died, including her brother in law, a couple of politicians and most of the members of the Royal Commission.  Dozens were injured escaping with wounds and burns.  Elisabeth of course died in the blast for which many believe she was responsible.  Ergo, the first suicide bomber on record.