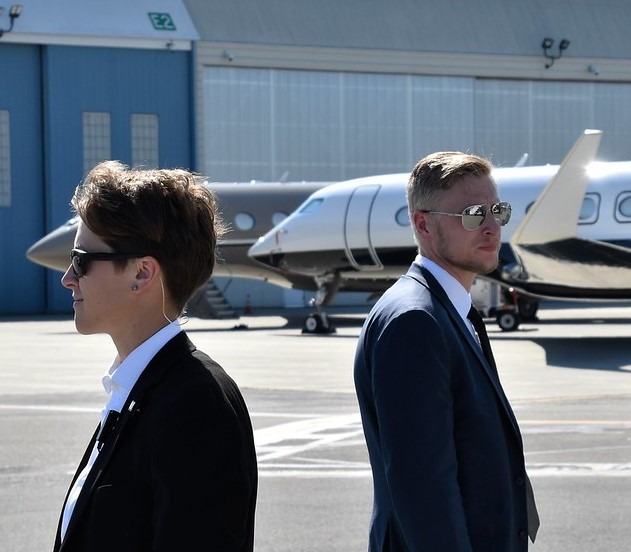 Last Friday, the Santa Clara California District Attorney announced that his office is pursuing charges against officials in the Santa Clara Sheriff’s Office and AS Solution, a large executive protection company whose U.S. headquarters is in Seattle, recently purchased by Allied Universal.  AS Solution provides Executive Protection services to the highest echelon of Silicon Valley VIPs. Four indictments were levied – against a Sheriff department Captain and three civilians – for offering a $90K bribe to obtain a dozen Concealed Carry Weapon permits (CCW) for AS Solution EP agents. This was alleged to take place in 2018 while Sheriff Laurie Smith (who was in a position to grant CCW permits) was fighting for reelection in both the primary and general elections.

This is not the first time this sort of thing has happened in California. There is a growing market demand for protection agents with CCWs (especially in the executive protection sector) while many California Sheriff’s Departments are not issuing CCWs as a matter of principle.  Politically liberal California is tough on guns.  Unfortunately, this situation of high demand and short supply makes it compelling for individuals and companies to try to circumvent the law.  Sometimes government officials succumb to corruption.

The Nature of a VIP Attack

The push for arming Executive Protection agents is somewhat ironic, though.  Think about it: statistically speaking, armed EP agents rarely discharge their weapons.  They are usually tasked with protecting one person, whether it be a private celebrity, an executive or a public figure.  Consider the attacks against Ronald Reagan, Princess Anne, Yitzhak Rabin, Anwar Sadat and Benazir Bhutto.  An assassination attack on a protectee in a public area moves so fast and so close that responding to it with a firearm is almost always not an option. An Executive Protection agent is much more likely to use his arms, legs and body to tackle a close attacker than use his firearm.

Protecting a single person is probably the most difficult task in the field of security. The target is very vulnerable and constantly moving. An Executive Protection agent needs to predict and prepare for an adversary who will attack the protectee while on the road, up in the air, at sea, in a house, at an event or in the office. While protecting a moving target is difficult, this vulnerability also provides an opportunity. An EP agent can proactively move the target away from a threat or avoid the threat all together – a luxury not afforded to those tasked with protecting a static facility.

There are other situations, of course, when being armed is prudent for an Executive Protection agent, for example in a high risk environment like a military conflict zone.  In these cases, the method of attack would not necessarily be as quick, nor as close at hand.  EPs would be armed with different weapons, ones with long range capabilities that make sense in that kind of environment.

A quick search on YouTube will show dozens of attacks on high profile people using raw eggs and cream pies.  Bill Gates got a cream dessert in the face outside a meeting in Brussels.  Jeremy Corbyn got hit with an egg. Pope Francis was aggressively grabbed by a woman in St. Peters Square.  Had any of these attacks been made with a lethal weapon, the target may well have been killed and not just annoyed.

Preventing the egg/pie from being thrown, or firearm/knife to reach the protectee is a function of executive protection preplanning, quick decision making and awareness. In all the cases outlined above, the VIP protection agents were armed but they were not able to prevent the attacker from reaching his/her target.

A good Executive Protection team knows that advance work is key, being well prepared with contingency plans.  Solid OPSEC is vital, regular screening of personnel to counter insider threat, and the training and awareness to be able to identify suspicion indicators in an instant in order to either remove the client from the line of attack or, eliminate the threat.  Prevention always trumps having to respond.

There are many countries where private security and protection officers cannot be armed – neither exposed or concealed – including Japan, Malta and the Netherlands.  In those countries, only government VIP protection agents can be armed.

In the U.S., many EP clients – certainly industry moguls – demand that their protective officers be armed.  They set the requirement although there is statistically little need for it. VIPs having an armed officer is not always a strategic necessity. Naturally, the security providers will usually opt for EP agents with CCWs simply because they are able to charge more for this service.

The whole issue of when a security officer should be armed is politically charged because of gun rights.  The discussion is different in California than it is in Texas, for example.  But if we remove gun rights from the discussion and see a gun instead as a potential security protection tool, the question should be is the tool needed and if so, when.

For example, one could argue that a CCW is needed for those people in very high-risk professions who require it for personal protection. One example is that of diamond dealers who are often targeted. Another example are bus drivers who are the first line of defense against someone attacking the bus driver or its passengers; after all, it is unreasonable to post a security officer on every bus.

Also consider “the Air Marshal model” where the covertness of the armed officer is used as a deterrence. We know that there MAY be an Air Marshal on our flight even if we don’t know for sure let alone in which seat he is sitting.  The existence of armed Air Marshals is a deterrent because it is advertised. This is why for the Air Marshal program to be effective it must remain covert but never clandestine.

In public areas such as open terminals, shopping malls, churches, entertainment arenas and the like, the Air Marshal concept could be very helpful.  Covert armed officers will certainly act as a deterrent. And if they fail to deter the adversary, the armed covert officer would be there to stop an indiscriminate and continuous attack.

The irony of gun permits for security officers

Ironically, it has been said that in California (and many other states), anyone with a pulse and no criminal record can be employed as an armed guard (with an exposed firearm).  We have found, unfortunately, that a number of armed and uniformed security guards are untrained or insufficiently trained.  So, while EPs find obtaining a CCW a challenge, security officers with far less experience, skill level and training do have a weapon.

Clearly, obtaining CCWs for EP agents is part of a bigger conversation on guns that is usually informed by legal rights, politics, egos and emotion.  The way forward with all of this is to look at guns as a tactical tool.  Assess where and when it is legitimately needed and identify the requirements for those who take on the duty to protect.

Are you aware of a case where a gun was successfully used to prevent an attack on a VIP?  Let us know!